SFD continues its work and interventions despite the current difficult conditions 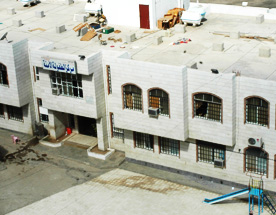 The SFD has continued its operations, despite the current difficult conditions in the country. The number of projects under study and development dropped to 371 projects at an estimated cost of $61.7 million reaching the stage of implementation ––compared to the first quarter, 848 projects worth about $148.5 million). This decline can be attributed to the possibility of the decline of donor funding .

Similarly, microfinance programs and institutions have carried on providing services to clients, despite the existence of difficulties in running the work. The Abyan Savings and Credit Program had to relocate to Aden, where the program has continued limited operations and search for its clients in the displacement areas to provide them with humanitarian assistance under the current circumstances.