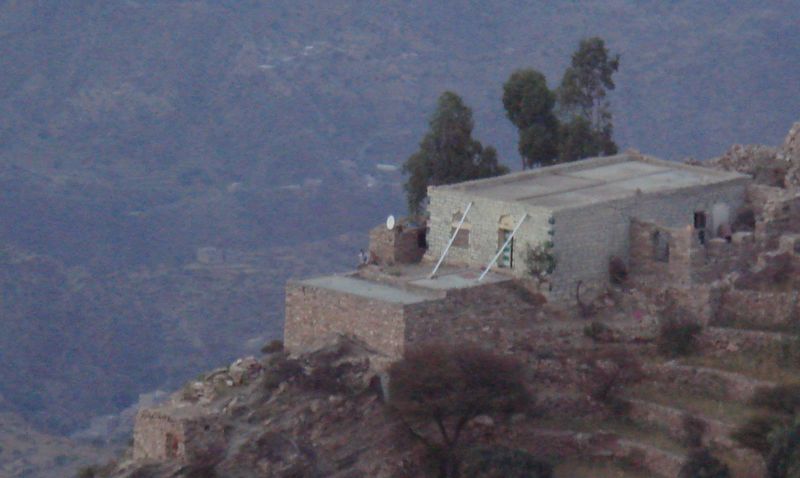 Yemen is one of the poorest ten countries in the world with respect to water.

The amount of renewable fresh water resources available per capita is 120 m3 per year, in contrast to the global figure of 1,385 m3/y per capita (overall, the world uses 9,087 billion cubic meters of water per year).

Due to depletion of most of the major water basins in the country, the SFD policy has focused on renewable water sources such as rainwater harvesting and springs to provide communities with water.

The SFD has begun installing rooftop rainwater harvesting tanks to collect the largest rainwater quantities possible for the longest period possible. This will also minimize the time residents must spend fetching water.

The highlands are the most water-poor regions of Yemen, due to the geographic and demographic nature, difficulty of rainwater harvesting, and poverty of shallow wells and groundwater basins. The village of Hurubah in Sharis District (Hajjah Governorate) consists of 3 high-elevation mountaintop communities. Currently, water supply truck owners charge YER 9 thousand ($42) for about 3,200 liters.

Ali Al-Musar (an elderly farmer and builder) is the breadwinner for 15 people and cares for 3 cows and two donkeys. They all consume a truckload of water shipped in each month. The SFD has supported them to build a rooftop rainwater-harvesting tank that is sufficient for three months instead of one, and of higher quality. Mr. Al-Musar recalled, "Three of our women used to travel three times daily to bring in 80 liters of water from the downstream valley in 4 hours trip." Of the SFD's performance he adds, "I did not pay anything when [SFD] constructed the tank because all the materials are available in the area, except wages of transport of sand from the valley. During the fuel crisis in 2011, we were afraid that the SFD might fail to meet its obligations, but we received the building materials to our working site and the resident technician worked in the village until the project closed."

Another villager, Muhammad Al-Husn, started digging for an additional private reservoir near his home in order to cover his family's consumption (which includes 4 households of 25 people + 35 livestock) throughout the year as the SFD-aided tank stores water only for 5 months. "Villagers have begun digging 10 additional tanks to carry on attention to the education of our girls who missed it in the past. Now there is no single girl out of school," adds Al-Husn.