Story of the first woman contractor in Bora' 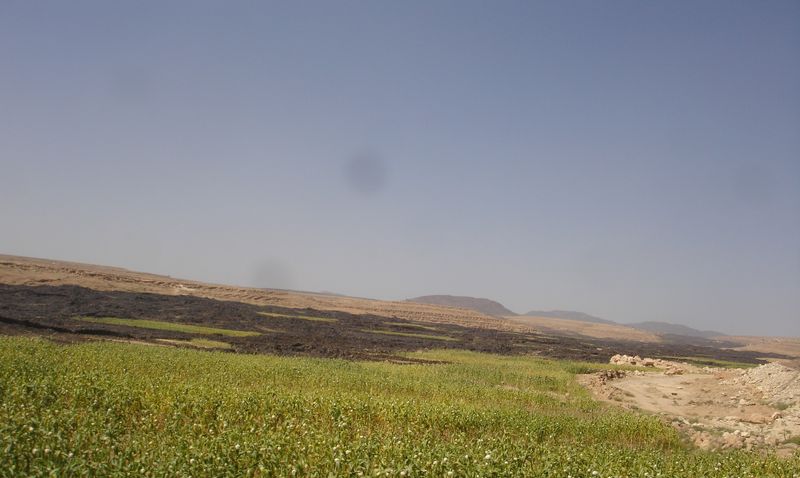 The projects are run by the elected community committee and implemented fully by local contractors and laborers. The construction materials are purchased competitively and transparently from shops located within the target sub-district. This practice creates noticeable economic development and employment movement at the local level.

Community contracting is an innovative approach that builds the capacities to carry out procurement procedures and to supervise project implementation. It promotes equity and transparency in the implementation of projects as well as creating job opportunities. It has been noted that it creates a sense of entrepreneurship among participants, as several of those involved in the process have become contractors.

At the end of 2010, the SFD used this mechanism in the Rain-fed project that targeted the integrated management of Wadi Shuraim Watershed in Rehabat in Bura' district of Al-Hudaidah governorate. It announced a tender for producing 9,556 agricultural and forestry seedlings to be used in the project. Three contractors applied for the tender. Among these applicants was a young and illiterate woman from the same region. She won the competition, making her the first woman contractor of this kind in the area. This case was controversial and generated criticism from local community. One critique was that the woman, Zakiyah, was focused on producing forest seedlings that they believed to be agriculturally and economically infeasible.

Zakiyah took with her a fresh and novel approach to planning the project. Her first economic project was carried out in 2009, when she sold her jewelry to buy a water spring to irrigate her vegetable fields. Irrigation from that spring was one of the secrets to the success of her new project, in which she employed six persons to look for seedlings and small trees growing on nearby mountains and highlands. Zakiyah supplied all the contracted seedlings and earned twice as much as she had spent. The seedlings were then distributed to the agriculture production groups using the SFD-built rainwater harvesting tanks.

The story does not end here. Zakiyah then applied to a new competition in 2012 to plant 1000 forest seedlings worth 150,000 Riyals. "Women of the village are wondering of my success," said Zakiyah.  "They used to criticize me and predicted me to fail because I applied with the least prices and because I am competing with men and in their specialty! My husband supported me strongly and today he is planning to set up a project of his own that partly depends on my projects. He is thinking to plant trees used as bee food which are not available in this area in order to avoid moving with bee cells throughout the year. "Zakiyah's husband added, "This is true, but I am also planning to learn agricultural and modern veterinary methods."

Zakiyah concludes that she has also invested in building a private 20x6 meter water barrier at the top of the watershed. The barrier will help to divert the course of floods towards the water tanks of the production groups who pay nominal fees collected from the groups' members whenever the tanks fill up with water. Zakiyah says, "For me, the project is a sustainable development investment that serves the people of that area and saves further efforts for the SFD."